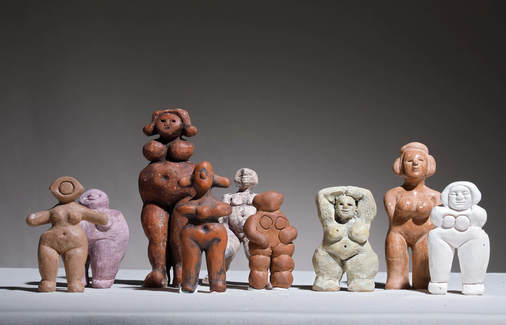 The Anthropomorphs of Diane are her story and they have their history, they are of others and they are her because she creates them, because history can not be changed, but stories can. Stories are told, and by telling them they are invented, and by inventing them they are created.

Among all of these figures that invade her and accompany her, she has called upon some and other have just appeared. There are scores of them, more and more, and nobody knows who they are or what is to be done with them.